144 million people worldwide use ad blocking software every month, up almost 70% from the year before, according to a study by PageFair and Adobe. In Australia, there are 3.7 million active users of ad blockers, mostly on desktop computers.

On Thursday 17th September, Apple for the first time released ad-blocking software which can only be used on their new operating system iOS9. Ad blocking app ‘Peace’ was at the top of the paid applications, until its creator got nervous and took it down. Other ad blocking apps like Purify and Crystal are still selling like hotcakes. 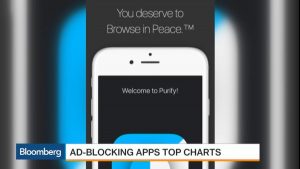 The software blocks ads when using browsers, but doesn’t block ads that pop up in apps. Ads are still rampant on sites like Facebook and Twitter, who can deliver ads from their own servers through their own apps. Ad blocking software creators have not yet discovered a way to interrupt these.

Even the advertising industry itself admits that surfing some websites on mobile phones can be infuriating – “The flashing banners at the top, it’s an annoyance to customers” said Jodie Sangster, the chief executive for the Association for Data-driven Marketers and Advertisers. He added that “It’s not a great user experience… and really for us as the marketing and advertising industry, we’ve got to step up. The problem is now even if the advertisers improve the quality of ads, nobody’s going to see them.” 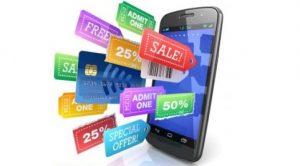 Disruptive ads that interfere with the user experience by using blinking lights, popping visuals, videos, sounds, as well as tracking which sites you visit and making pages load slowly, are set to plummet. Search ads and text based ads that stay to the side of the actual webpage content are “whitelisted” and will continue to run as they aren’t deemed intrusive.

Ad blocking tools will help web pages load much faster, stripping scripts and trackers that are used to deliver ads. People will also use less megabytes of their data plans when surfing the web with less ads.

Apple has not spoken publicly about the reasoning behind its decision to allow ad blockers, but Chief Executive Tim Cook hinted towards in July when he condemned Internet companies for impeding on people’s privacy in a bid to increase ad revenues. He stated that “they’re gobbling up everything they can learn about you and trying to monetize it. We think that’s wrong. And it’s not the kind of company that Apple wants to be.” 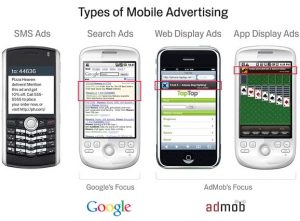 Apple’s new ad blocking software will kill two birds with one stone – boosting the app economy by encouraging big brands to shifts their advertising funds towards apps, and thus undermining their arch nemesis Google, which currently rules the $120 billion online advertising market. Apple may even take on an enforcement role over time, by setting standards for app advertising. It could force app developers to clean up ad formats, making them less intrusive for the user.

It’s estimated that ad blocking software will cost publishers $30 billion this year, according to PageFair and Adobe statistics. This doesn’t seem farfetched when we consider that 60% of web traffic comes from mobile phones. All of this will change the landscape of online advertising and online publishers are bracing themselves for this major shift. 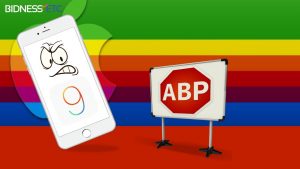